A shame for Greece and Europe 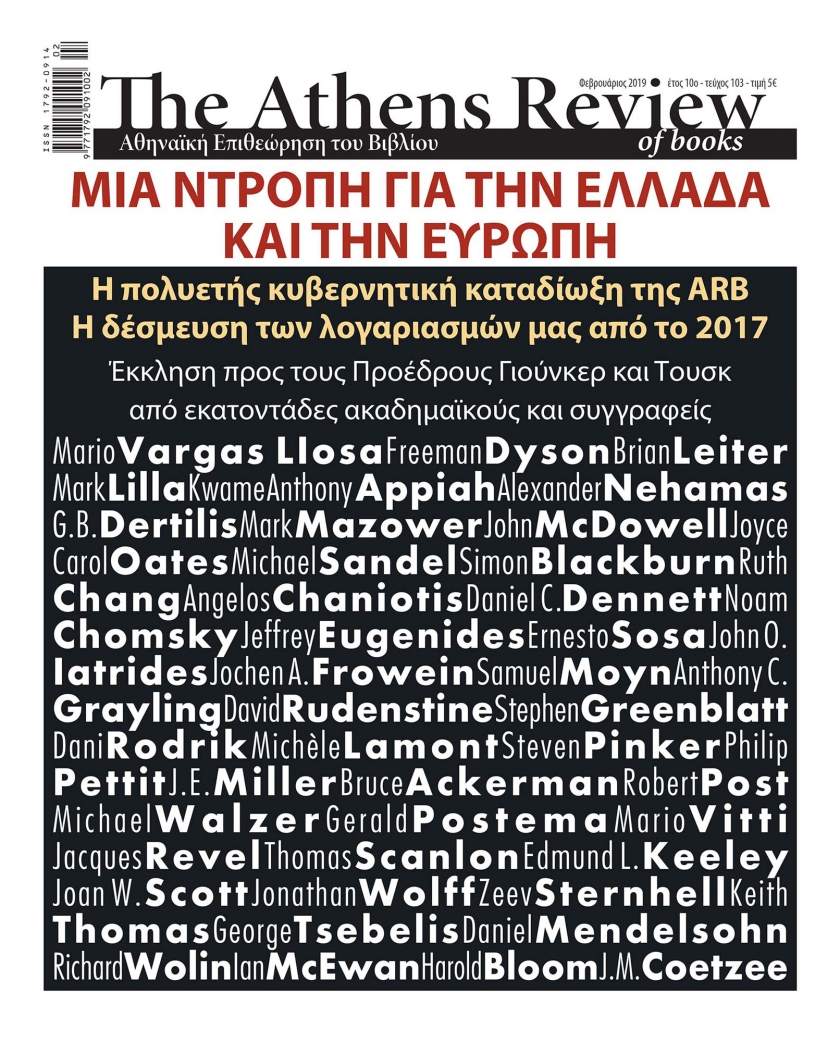 The journal The Athens Review of Books (ARB), the Greek counterpart of the New York Review of Books, published a reader’s letter that mentioned the political past of the—until recently—Greek Foreign Minister N. Kotzias as a leading member of the Communist Party of Greece by characterizing him as a fanatic Stalinist (“gauleiter of Stalinism”) at that time. Mr. N. Kotzias (author of books praising the totalitarian Honecker regime and Jaruzelski’s dictatorship) sued the journal for defamation, demanding 250,000 euros in compensation.

Court rulings considered the characterization extreme Stalinist to be defamatory, ignoring the fact that it is a political value judgment about a public figure. There is evidence that the minister and the government interfered to pervert the course of justice in order to facilitate the journal’s persecution. One such strong indication is the fact that in the Greek Supreme Court, the Court Rapporteur initially called for the case against the journal to be dismissed for violating the case law of the European Court of Human Rights as well as the Greek Constitution, but then voted against her own fully documented report without explanation, only to be later appointed Vice-President of the Supreme Court by the government.

Since July 2017, at the request of the former Foreign Minister the bank accounts of the publisher and of the chief editor of the ARB as well as the journal’s revenues from the Press Distribution Agency have been frozen, in an obvious attempt to shut it down.

The never-ending persecution of the ARB is an extreme abuse of the ability that Greek law affords to politicians to file lawsuits against the press and request excessive sums of money. Because of the latitude provided by the Greek law they can win these lawsuits in violation of European Court of Human Rights case law, thus intimidating the press and deterring political criticism.

In recent decades such an absurd legal prosecution as the case of the (former) Foreign Minister against the ARB has not been encountered in the European Union. Recently, three different MEPs' questions to the European Commission regarding the journal’s persecution have been tabled at the European Parliament, while the leader of the Greek opposition stated that "the persecution of the Athens Review of Books is a shame for the Hellenic Republic." On October 23rd 2018, the former Minister N. Kotzias publicly confessed: "I served in the Stalinist left". It was the statement that he had alleged as defamatory in his lawsuit and which the courts consequently accepted as such in condemning the ARB.

Chang Ruth, Chair of Jurisprudence at The University of Oxford and a Professorial Fellow at University College, Oxford

Christodoulou George A., Professor of Classics (Emeritus), University of Athens

Dyson Freeman, Professor Emeritus at the Institute for Advanced Study, Princeton University, Fellow of the Royal Society, Member of the US National Academy of Sciences

Fortsakis Theodore, Professor of Public Law, f. Dean of the School of Law of Athens, f. Rector of the National and Kapodistrian University of Athens

Frangoudaki Anna, Sociologist of Education, Professor Emerita of the University of Athens

Freeman Samuel, Avalon Professor of the Humanities, Professor of Philosophy and of Law, University of Pennsylvania

Frieden Jeffry A., Professor of Government, Faculty of Arts and Sciences, Harvard University

Frowein Jochen A., former Director of the Max-Planck-Institute for Comparative Public Law and International Law, former Vice-President of the European Commission of Human Rights

Kalyvas Stathis, Gladstone Professor of Government at the Department of Politics and International Relations at the University of Oxford

Kostis Kostas, Professor at the Department of Economics, University of Athens

Mahlmann Matthias, Professor of Philosophy and Theory of Law, University of Zurich

Maltezou Chryssa, Professor Emerita of History, University of Athens, Member of the Academy of Athens

Maran Joseph, Professor of Pre- and Protohistory, University of Heidelberg

Moschonas Spiros A., Associate Professor of Linguistics, University of Athens

Nehamas Alexander, Edmund N. Carpenter II Class of 1943 Professor in the Humanities, Professor of Philosophy and Comparative Literature. Princeton University, Member of the Academy of Athens.

Papangelis Theodoros, Professor of Latin at the Aristotle University of Thessaloniki, Member of the Academy of Athens

Paparrigopoulos Xenophon, Adjunct Professor of Law and Philosophy, University of the Peloponnese

Rengakos Antonios, Professor of Ancient Greek Philology at the Aristotle University of Thessaloniki, Member of the Academy of Athens.

Sosa Ernesto, Board of Governors Professor of Philosophy, Rutgers University

Thomadakis Stavros, Professor Emeritus of Financial Economics, University of Athens; Chairman of the International Ethics Standards Board for Accountants

Valtinos Thanassis, Author, Former President of the Academy of Athens.

Vlavianos Haris, Professor of History and Political Theory, The American College of Greece, Writer and Editor of "Poetics"

Zoumboulakis Stavros, President of the board of trustees of the National Library of Greece