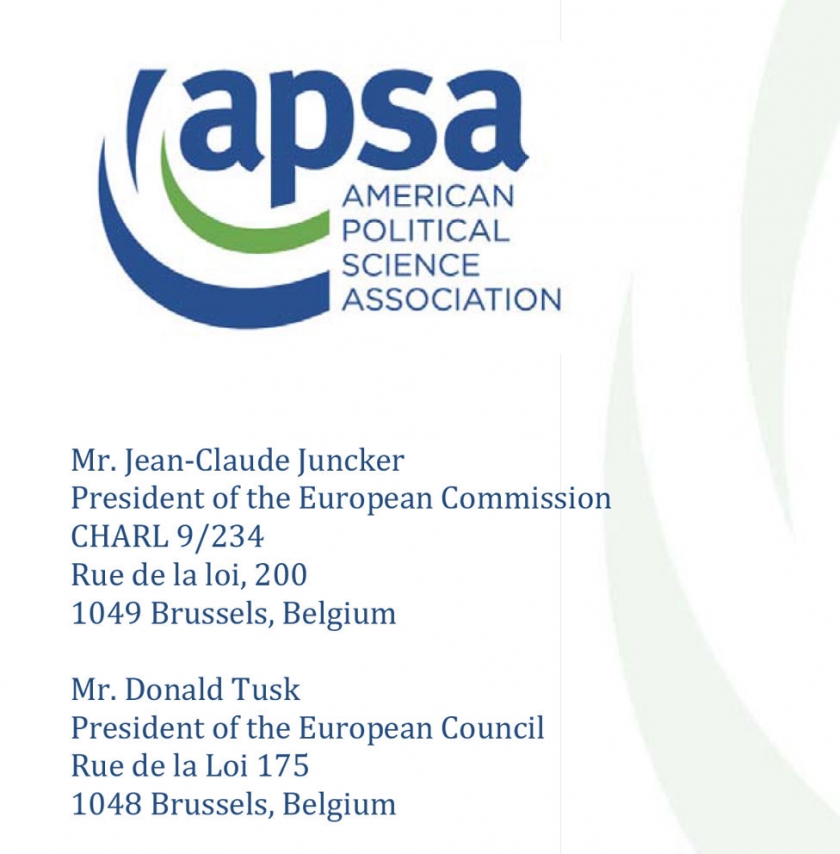 Dear Presidents Juncker and Tusk,
The American Political Science Association is a scholarly association that represents more than 11,000 U.S. and internationally based professors and students of political science, including scholars in Greece. We write today to express our deep concern regarding the threat to scholarly and political expression in Greece. As you are aware, the Greek courts have upheld efforts to curtail the capacity of the Athens Review of Books (ARB) to remain a leading venue for discussions of important political topics. It is our understanding that former Foreign Minister Mr. Nikos Kotzias has frozen the bank accounts of the journal’s publisher and taken extensive legal action against the ARB in response to a reader’s letter to the editor that was critical of the Foreign Minister.
APSA shares the view of many leading scholars that European institutions must be vigilant to protect robust freedoms of scholarly and political expression against governmental repression. Article 11 of the Charter of Fundamental Rights and Article 10 of the European Convention for the Protection of Human Rights and Fundamental Freedom affirmed the European Union’s dedication to free expression without interference by government. We ask that you work with the government of Greece to ensure its treatment of the ARB meets the spirit of these commitments and thank you for your attention to this matter.
Sincerely,